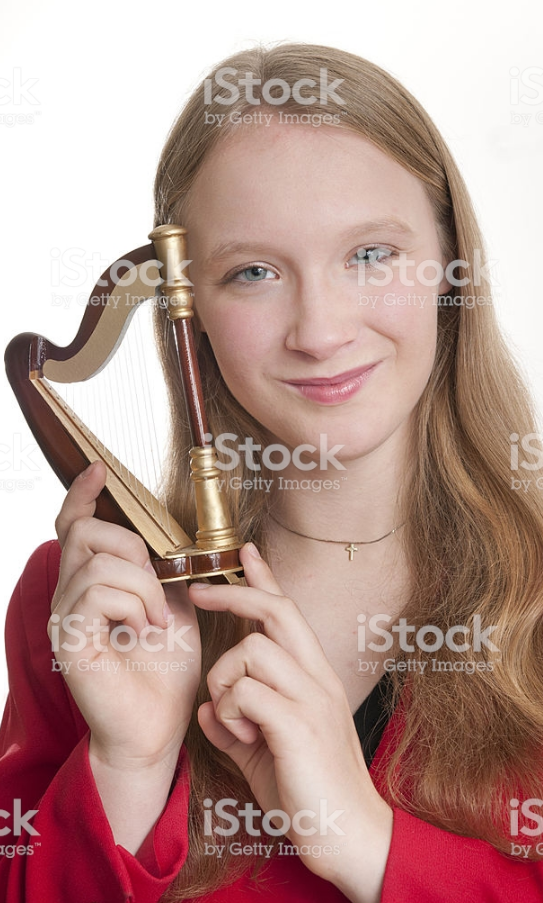 The desire to “humanize” the harp motif in Sydney Owenson (Lady Morgan)’s poem, “The Irish Harp” is seen through the combination of the harpist to his harp; when assigning emotion and action ambiguously, Owenson furthers a belief of Irish singularity and identity by showing the resilience and combative nature of the Irish populace.

By making the Irish harp a human fighting figure, Owenson desires to add “strength in numbers” by teasing out the Irish people’s own unique usage of the harp to fight against British oppression. The harp is first conflated into the harpist when Owenson first introduces the poem in the first stanza, with her finishing: “Why has that song of sweetness died/Which Erin’s Harp alone can breathe?” (Owenson 1). When choosing to use words like “sleeps,” “breathe,” and “languish,” Owenson personifies the “Harp of Erin” and attributing these actions to make revolution a body and living entity based on her choice in personification (Owenson 1, 3). The harpist, in this sense, is like the Society of United Irishmen in their own conflation of the harp to their own political movement, in that referring to both the harp and their own rebellious organization, both are “new-strung and shall be heard;” with the usage of it making meaning purposely ambiguous and thus attributable to human organization (O’Donnell). Owenson introduces a a “sad bard!” or harpist, and “silent…[weeping] Harp” that drew from collective “Harp of Erin’s pride” and “love-sick anguish,” (Owenson 4, 1). Owenson here is using emotion to combine the harpist to his own instrument by mimicking action when choosing to state that “the minstrel breath’d” a lay as the “Harp of Erin” had, but also later on adding onto mimicry with “his Harp’s wild plaintive tones…Breath’d sadder sighs, heav’d deeper moans” but does so in a way open to interpretation as to who genuinely is alive there, and what voice is able to be spread (Owenson 6). The choice to end with the Bard singing while playing with his lyre, the spiritual and emotional tie to the “Harp of Erin,” has the significance of saying, “And Erin go brach he boldly sung.” calling back to patriotism and a desire of Irish identity in stark contrast to the earlier implemented British “Act of Union, in which shapes Irish relations and still are seen to this day.

Although her choice in context of the poem is to stick to a simple rhyme scheme of ABAB for 15 stanzas, she does so in a manner which brings forth elements of creative rebellion within her poetry’s lines. When choosing to italicize “Eve,” “bliss,” “sorrow,” “oppression,” “last,” “Erin’s,” “patriot hero’s tomb,” “he,” “dismay,” “terror,” “his,” “sadder,” “deeper, “despair,” and “Erin go brach” they become a large focus and develops the harp and bard as connected through each other through these important themes and figures – both of the two are the main personified characters with some of these traits and exemplify themes of revolution (Owenson). These stem from political unrest, given that during time period Britain had supported the Irish into a unionization with them. In intentional ambiguity and personification, Owenson gives an audience to the Irish break apart the Britain-forced Act of Union  — some issues stemming from this that continue to last onwards through modern years.