It is no secret that the harp is universally known as a symbol of the Irish. It is also no secret that the Irish have a very sad history. Before the Irish were seen as uncivilized, harps and their musicians were seen as high society status symbols. They were a keystone of society. The ballad The Harp that once through Tara’s Halls tells the sad story of how the harp went from being a sign of high status to outside society to being degraded along with the Irish race. The poem starts with the times when pubs would be filled with the melody of the harp and the people celebrating it. Then it takes us to the present to show us that this is no longer how it is. Now the harp is seen as a reminder of the suffering of their people. This is evident through the solemn tone. Originally, societies saw the harp and thought of it as a beautiful thing. Then, the world started to view the Irish people as barbaric. With the harp being associated with the Irish people, its status declined as theirs did. Traditionally, music of the harp was played for celebration and gathering to fill the room with joy. After the horrible suffering of the Irish, music of the harp has been transformed into tunes of despair. This is what the melody is talking about in the second part. The tale of how the Irish used to be filled with pride and have now been reduced to pain and suffering is truly heartbreaking. The melody is expressing this heartbreak through images of a broken harp and the broken melody that it now plays. It even shows us the worn out people that play the harp while associating it with the pain and hardships that their people have endured. One might also consider the way the author structured the melody. It is written with a diction that gives us small, but powerful glances into the lives of someone during that time period.

Since the seventeenth and eighteenth centuries, the harp became synonymous with Irishness, an association most notable today in the Guinness Beer Company’s trademark logo (est. 1759).  For next Wednesday (5/1), students will write a blog post on the symbolic significance of the Irish harp in ONE of the three assigned poems for that week: Thomas Moore, Sydney Owenson, or Henry Derozio.  How do these poets use the cultural history of the harp to convey their nationalist message?  Explain how their poems extend, rewrite, or complicate this history. To help you answer this question, click on this link to a scholarly website that traces the long and complex history of the Irish harp in Britain:

Please explain your answer through a CLOSE READING of the poem, paying careful attention to rhyme, tone, diction, imagery, and form.

Please categorize your post under “The French Revolution” and don’t forget to create specific and relevant tags.  The post is due by 9:30am this Wednesday (5/1).  And please sign your posts so that your TA and I know who wrote what.

Warning: students who don’t submit their post on time or edit their blog post after the submission deadline, will not receive a grade (a “0”).

I meander at first, then pick up speed

Along the imaginary arrow.

On this journey I walk to take the lead;

I pass others on pathways too narrow.

United as one with our heads that burn,

Out in the open—victim to the flame.

Some may complain at every step or turn,

Others mute, with only themselves to blame.

We claim our brilliance, but yet we toil;

Constantly searching for a better way.

But until then, our heads and blood shall boil

Unless we should lose our courage to stay.

The proxy elite preach the worth of work,

But until this walk fades, our rage will lurk.

It did not say toin the directions to mention this, but I read William Blake’s London and this poem was inspired by that. At least I don’t think it did. I didn’t read the directions that well.

In groups, students will evaluate the three creative writing blog posts (listed below) as a judge in a Reality TV show competition.  Each group represents a panel of judges that will decide the winner based on the following criteria:

Each panel of judges that will chose ONE poem that best meets these four criteria.  After the group deliberates for 20 minutes, each student will vote for the winner on the Top Hat survey.  The groups will afterwards explain the rationale for their decision.

The winner will be awarded a prize certificate for English 102 signed by its illustrious instructor!!!

A man from the stalking brown hills once told me;

“Rides the river an ocean of distance

‘Tween two banks in the grove that is a grotto

In a clean stream, cleaves erosion and carves motion

Into the rock. Sun’s shimmer on the surging surface,

Life’s breathes in the whistle of the wind

As it whispers through the grasses along the banks.

In profile; a long visage set in sediment

Under a furrowed brow tousled porous

And knotted by bloodless cool contempt.

It gets older, never moving and ever never aging.

By splinters and supplication, by tears

And by tears,” claimed he, “And on the bank opposite;

Mirrored in despair in the deadened river;

Wreathed in kin; a tree. A most crooked tree!

Whose bole, long ago, was bisected.

A pair of arms hang, over the edge,

Across the jumping span, over pellucidity

And above the brow of the immobile stone;

Like dancing askance afore the fires over the hills;

Brokered into the skein of a scattered weave.

Slits revealed through the net; the skin of the sun

But another man, from the same green grass hills, told me thus;

“You see I saw with these eyes of mine;

Some little stream in the seam of the earth,

Inside this side of a broken bride’s dream,

Down where the path leaves the path’s end.

And undulating under water unburdened

As unbroken water under un-needed bridges.

From my vantage – during the cricket sung-adage

Of day’s repose, when shadow spreads as a shawl,

I did see a tree. A most bereaved tree!

Bowing to boughs full-leaved and leaning,

Bare as the cloudless night, white as a beech bleached lunar

On the grass-stalked banked beach. Verdant dawn far off

But not forgotten – Nothing, at all, forgotten

By the lover of the tree; the rock.

A stolid fellow despite his cocked, concave eye.

As solid as a spine yet spineless despite height,

Relenting on a whim to what he had given

To win the heart of his heartless mirror;

His sight and his everything, across the river

And over his brow – where, writ in the land,

She stands, touching that brow upon it’s furrow

With naught but a single breadthless branch

To breach the breathless breath between them –

And a single sliver of pale bark falls between them,

Landing upon the feast’s silver plate reflected there. Between them.

And between them…how much cheese they had!”

A rendition of Willum Blakes’ “London” reflecting how well he capture the sorrowful streets of London.

Seek I search through each narrow lane

Near the hall of fame

Nay the frame of the fame, failed to persist

For the all left trying to resist

With every smack of the lips

Or beg of the babe

Through the dusted shadows

They all cry out in pain

Oh how the steam puffs nevermore

Even the priest have gone afar

In search of a whore

With a teat full of water

While the children dent their height

Tonight no other shall rest

Till the will for well is recovered 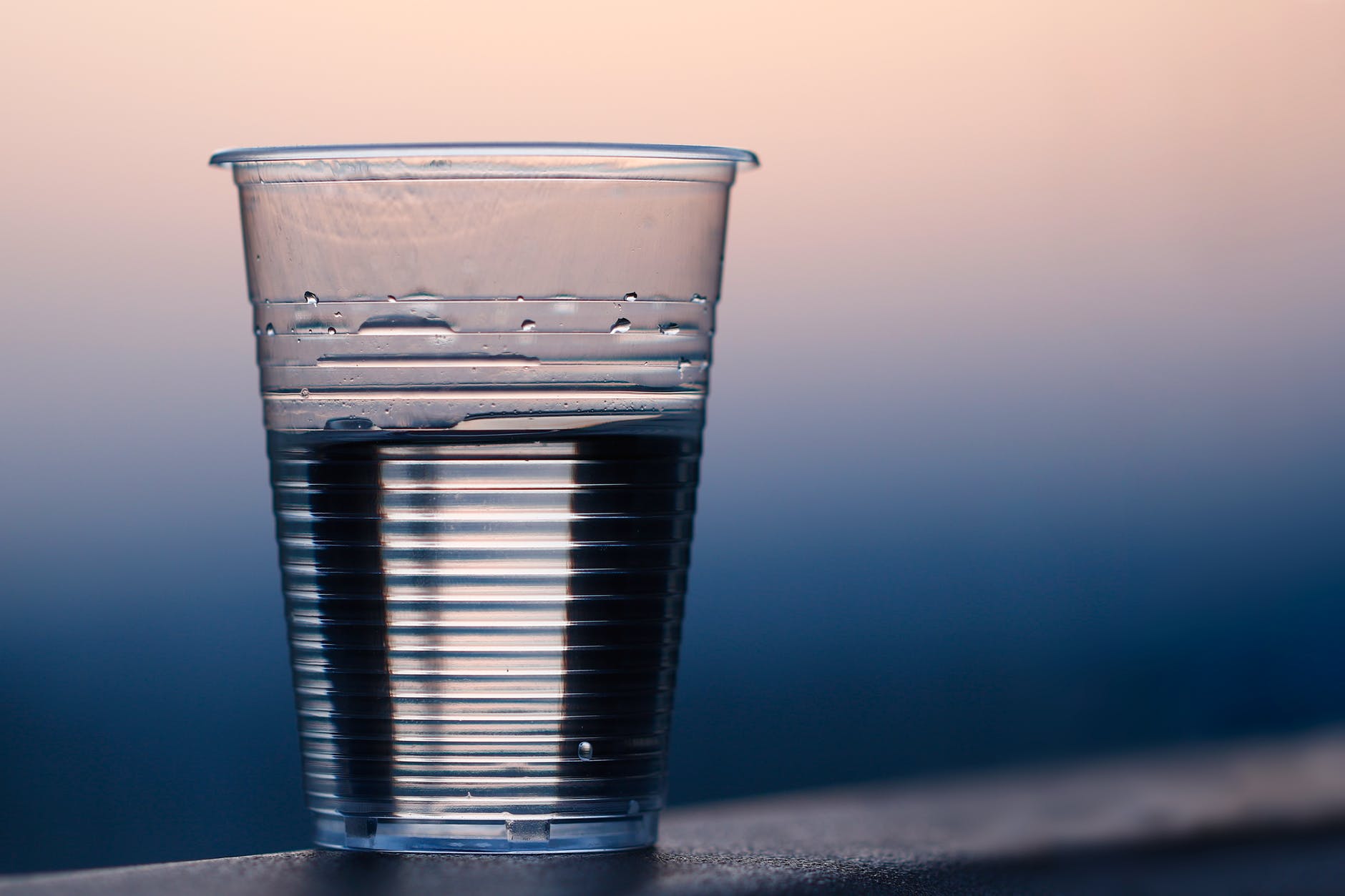 Photo by Meir Roth on Pexels.com

Confusion from the innocent witness,

Separated from their families,

Behind the inhumane walls,

They observe the “Land of the Free.”

Rise up to the heart that beat on 809 Clinton St.

To the house that gave home to any soul that roamed

In and out of chaos,

Up and Down areas of lost.

These streets know too much of me from you.

Rise up to the life that lived in 809 Clinton St.

To the stories it fostered and the love it breathed.

I wonder what happened to the children who played,

Who grew up and grew out, there’s not much else I can say.

There once was a street with a house, that was a home.

Now there’s just a street with drifting memories that touch my heart in the cold.

To walk by is to see a world frozen in time.

Long live the lives whom on 809 Clinton St. would shine.

I wrote my poem in the style of William Blake’s “London”.

I scroll through the headlines each morning

And my chest constricts with empathy

We should all heed the warning

The world is turning to one of apathy

There are more lives than 327 million

But most only care about a millionaire’s daughter

Many it seems, have turned a blind eye to their fate

Soon, the repercussions will be at our doorway

The country is built on bureaucracy and hypocrisy

We hear the discontent; yet seem powerless

We have been reduced to Kakistocracy

People cry, people die, the world is not colorless

I wander through American streets

Near the so-called land of the free

And in every corner I can see

Memories of the lynchings on the trees

At every corner people cry,

At every corner children run

At every corner they still try

The youths lives here are no fun

Oh, how the mothers scream

Out of fear that their son may never be seen

Hoping for their lives to gleam

Another victim of a family gene

How the sons continue living their lives

Blasts their calls to fight for their rights

Amerikkka is the modern plague