In McLean’s monthly sheet of caricatures No.32, there is a vivid outreach for sympathy to the European on the left of the image. The faded, dull colors, the fragile chair, and expression of hardship make the viewer believe people of color already have a prosperous lifestyle. A lifestyle better than the Europeans is argued as well from observation. To the right, we can see ripe fruit, unity of a community, vibrant colors, and an overall image that is a vacation. We also see a walking baby which is a happy moment for a family and it also shows that the baby is in good health. Whites feared that slaves would revolt and retaliate against them (Equiano 17-18). Incorporating slaves into a free society was a fear for many whites. However, all is not paradise as it seems. “It was very common in several of the islands for slaves to be branded with the initial letters of their master’s name…make them seek refuge in death from those evils which render these lives intolerable” (Equiano 99). Truly horrific must be the conditions for someone to want to take their own life in order to receive some sort of salvation. The drawing I feel is perceived to make it seem as though slavery is humane and that the Europeans face hardships at time in order for the slaves to be comfortable. Katie shared a great link from “The Guardian”, added below. Henry Smeathman spoke before the Lords of the treasury of an idea to send back black people to Sierra Leone. Smeathman made it seem as if it was the best deal in the world to head back to Africa’s Sierra Leone.”One of the most pleasant and feasible countries in the known world” – Sierra Leone’, Smeathman made it sound like there was certain refuge and safeguard. It angers me because many of us are certain that by sending blacks back to Africa, they can easily be kidnapped again and sent to the West Indies, or somewhere less forgiving: “will find a certain and secure retreat from former suffering”(Schama) is just smoke and mirrors for the wealthy lords who mean well wanting to abolish slavery. They are just unknowledgeable of what really would occur.

So to tie it in to Equiano’s view, he is not fond of sending them back. Similar to John Annis, his friend from St. Kitts, Equiano knew that harm was certain. Like the lawyer that took his money and did nothing, the similar thing happened for the funding to supposedly take care of the people heading back to Sierra Leone. I feel Equiano changed his approach toward the ending of the book only because he was talking to a European audience so it was in his best interest to sound a bit nicer than he probably really felt about the issue. In addition, the grammar in the cartoon shows the black conversation to be very poorly constructed. Ignorance and poor education is evident. Although the cartoon intends to depict pro slavery, many abolitionists were simply unguided and did not know how to make the proper decisions. Intermarriage was also a radical idea at the time like Equiano suggested so I doubt that intermarriage would have been widely accepted. The white abolitionists were simply misguided. 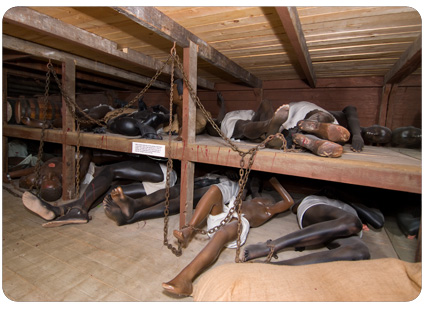 4 thoughts on “Unshackling the Drawing”